This year, for the first time, London Fashion week went fur-free, which gave the shows a whole new positive appeal. 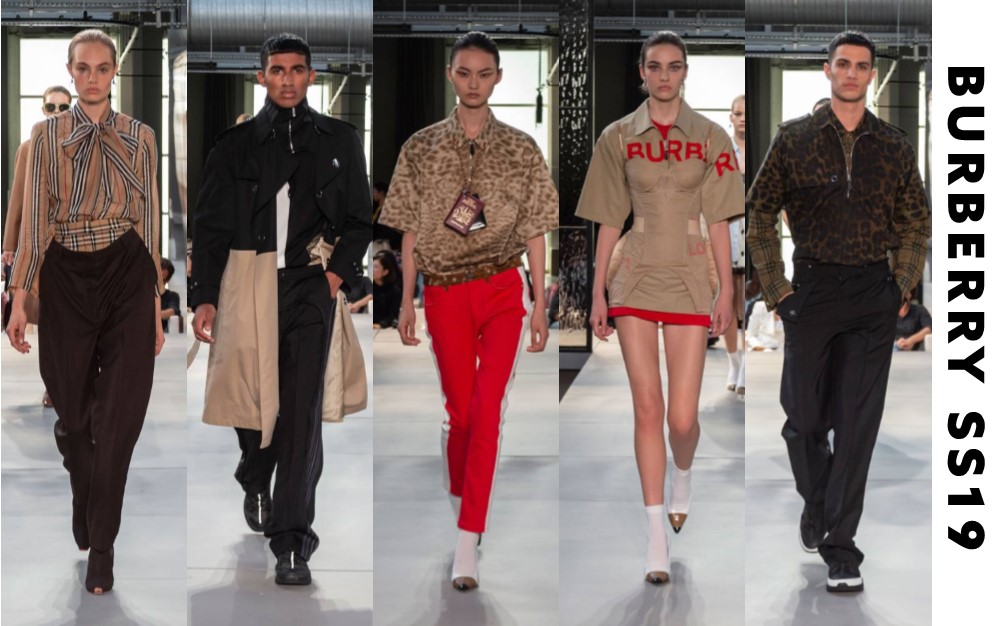 We had to start this post reviewing the much-awaited Riccardo Tisci debut S/S 2019 collection for Burberry (named ‘Kingdom’). The biggest questions on everyone’s minds: How can Tisci translate his vision whilst maintaining Burberry’s 162-year heritage? – Here is your answer. The collection was divided into three parts: refined, relaxed and evening wear made of 134 looks.  The collection focused on a muted colour palette of beige, black, red, coral and mint. The show opened with the signature Burberry trench coat, however with a Tisci touch, a tightly cinched elastic belt.  There were references of Shakespearean characters in the prints, and even a faint ‘Bambi’ reference which reminds us of his time at Givenchy. Tisci described his collection as a something-for-everyone. The menswear part of the show broke into something far more daring and cool, introducing a new target for Burberry – male millennials. Even the female millennials had some items for them, such as skinny stretch leg warmers and mini-skirts.  This transition through the collection signifies covering a global need – its safe to say that soon, we might be seeing 16 year olds in the Burberry stores.

Sex appeal seemed to be one of the dominant themes in London fashion week, the prime example being the Christopher Kane collection. With a more literal approach, the collection was named ‘Sex in Nature – as it was inspired by precisely that. The designers, Tammy and Christopher Kane, described the woman wearing their pieces as one who dresses solely for herself in a subversive and intellectual way.  This was clearly represented in the recurrent exaggerated shoulders, cinched-in waists and slinky dresses that served as second skins. There were no ruffles or volume, the collection exclusively focused on the woman’s body. The show stopping pieces of the collection were the armour-like bodices of lace which gave sex appeal to each look. A coherent collection is always appealing to they eye, combined with the contrast of softness & sexiness – the collection won the hearts of many fashion lovers. 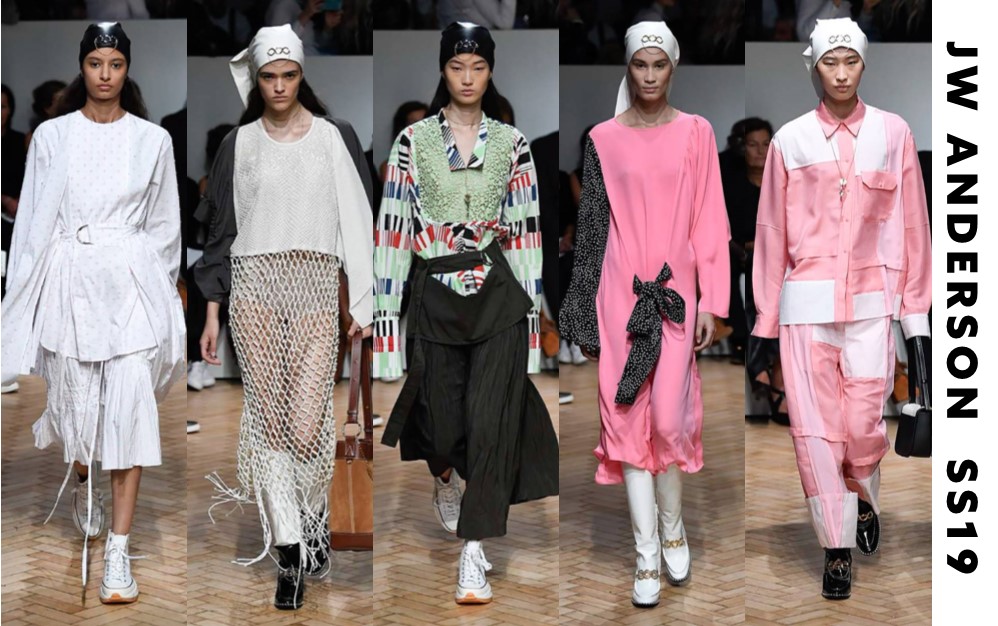 JW Anderson, who is labelled as one of the most successful British designers, is the master of the paradox of easy- uneasy dressing. This collection manifested exactly that.  The bohemian-breezy collection’s main details were leather headscarves and crochet elements. The colours were kept to ranges of greys, blues, khakis and pinks. The combination of deconstructed shirts and peasant skirts gave the idea of a fisherman’s wife, a stylish one of course. You could clearly detect the designer’s experimentation and playfulness, each sleeve on the garment seemed to have their own shape or detail and the different shoes gave each look their distinctive charm.  The brand is clearly evolving with the designer, one thing is certain – each season will be different. 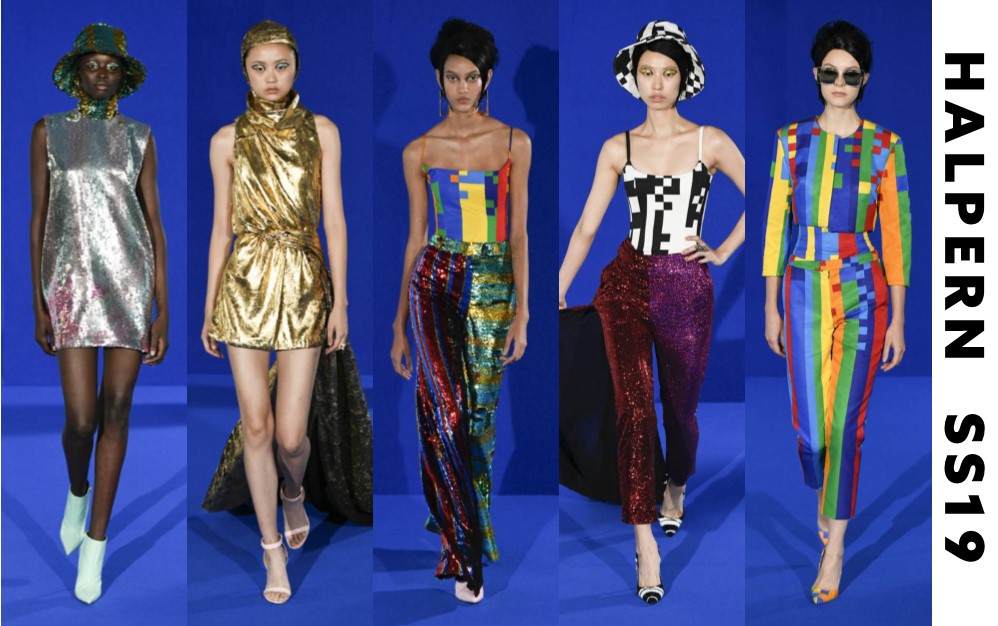 On a lustrous note, everyone loves the designer that is a little ‘glitter-crazy’. Halpern did not hold back the sequins for this collection, to be fair.. he never really does. Inspired by the 60s sexual liberation, an influential time which the designer’s grandmother and other pioneering women lived in. The collection screamed glamour and shine, this time not only with sequins but also foiled organza and satin threads. The colour scheme was a mix of holographic, mermaid and rainbow – don’t you love a designer that isn’t afraid of colour? The silhouettes referenced YSL mini dresses and cigarette pants, which combined perfectly with the era of inspiration. The patterns were eye catching and fun, proving that the brand is more than just sparkles.  The collection’ was a clear tribute to his grandmother, and a great step for the young brand moving forward. 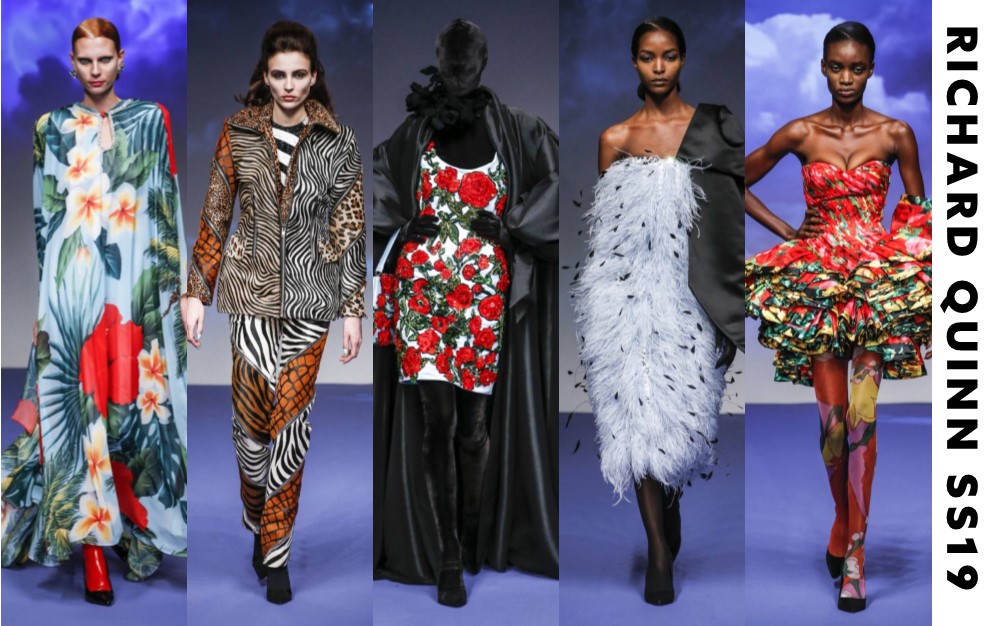 Known for the designer who had the Queen of England at his show last season, Richard Quinn decided to have a cause behind his RTW 2019 Spring collection. His aim is to bring back Arts Education as an academic subject – instead of the queen, this year he invited dozens of students to sit at the front row of his show.  The collection was really an exceptional manipulation of prints and textiles, from floral, animal print and Hawaiian shirts. The show opened with black shadow dresses, completely covering the models’ faces, referencing Quinn’s MA collection. It quickly then evolved into diverse silhouettes and bright colours – reminding us of stereotypical ugly-prom dresses that he somehow made us wish we had. The designer clearly made pieces that are not for the faint hearted, you will never go unnoticed wearing a look from this collection.

Our final analysis of London Fashion week is that there was a lot of freedom within the designs, which were expressed through silhouettes, themes, colours and materials. Each brand has something to say and we were all for it!

This site uses cookies. By continuing to browse this site you agree to the use of cookies. Find out more.